If you’ve ever been to a graduation reception or other academic event at WVU, you are probably familiar with the “Flying WVU Cookie.” The nutrition staff at the University sometimes turns them out by the thousands for these celebrations, and sets them out in bowls or on large trays.

People politely line up and take one – and, rarely, two.

The way people behave around trays of cookies may seem insignificant. But according to author Dan Ariely, it is a clue to larger insights about us. 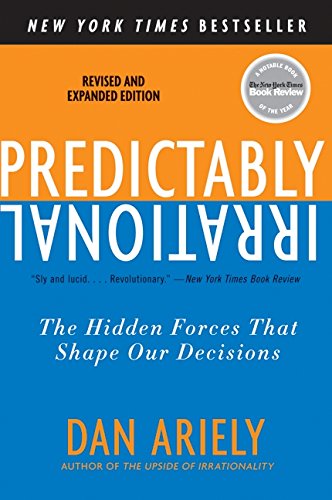 There are two kind of norms that explain consumer behavior – social norms and market norms.

Let’s start by saying that we want to focus on creating a workplace that centers on social norms – a culture that drives altruism, social justice and awareness.

This is in contrast to a market norm, where everything that is done is expected to have a price on it and this pricing of services drives outcomes. This approach breeds a more self-centered culture.

For example, if someone bakes cookies and brings them to work, if offered free, people will tend to take only a cookie or two, as they are supporting the ability of all workers to get a cookie.  Gluttonous behavior is minimized. This is driven by a social norm culture.

In contrast, if each cookie is priced – even at five cents – that turns the decision making to a market norm culture. People will base decisions almost solely on the level of hunger, relative value and repercussions (weight gain, etc). In this model, the person stops thinking about others and generally focuses on himself or herself.

How does this apply to health care and to WVU?

One of my favorite books is Dan Pink’s book Drive, which is also highlighted in a great YouTube video:

Drive explores what motivates people in their lives and in their jobs.

The book outlines repeated research findings in which people working in cognitive jobs (as opposed to assembly line jobs) do their best work when they are paid fairly,  but are allowed to work for autonomy, mastery and purpose.

Surprisingly, when these cognitive workers are offered more money for more performance, their performance actually goes down.

I understood the principle involved, but did not understand the reason until I encountered Dan Ariely’s book.

I think this same understanding helps us understand why Simon Sinek’s observation that great organizations work from purpose, which is a social norm culture. My belief is that creating a culture that relies on treating workers in an organization as family also drives a social norm culture and a family-like environment that drives people to consider others. Substituting this approach with a more rigid, accountability model, in contrast, drives a market norm culture, making people more self-directed and less focused on others.

An social norm culture-based organization creates family, creates a place in which employees want to work, and drives a service- and social-conscious employee orientation.

This explains why organizations connecting to purpose, instead of only quantitative measures of success and worker productivity are better long-term.

This is what we are trying to build at WVU and throughout the state of West Virginia.