Rob Alsop joined me for our monthly town hall meeting at the Health Sciences Center Wednesday, giving us a review of the recent West Virginia legislative session.

Rob is WVU’s vice president for legal and governmental affairs and entrepreneurial engagement.

He pointed out that there are three big frames for the current legislature.

There was a vigorous discussion in the question and answer session about various issues that relate to policy and the University, including issues related to public health, healthcare access, broadband capabilities, and the University itself.

However, the most exciting thing was the connection Rob created with the audience, providing interesting insights.

One question focused on the difference between his view of West Virginia University from his political positions, and now from his post here.

He described his experience in government - as a chief of staff to two governors and one senator.  People in public office, he says, are so busy that often they do not fully leverage the expertise of the University. He was one of those people, he realizes now.

Rob thinks we at WVU have to do a better job of letting our elected officials know of our capability and expertise.

Another question was asked about what inspires him today. His answer? The people of the University.

Rob spoke about his surprise at the amount of time and effort the leadership team at WVU spends on culture, and on providing the right environment for our faculty, students, trainees and staff to function at their best. In government, things were more transactional. Here, they’re more cultural.

When asked for his thoughts on President Gordon Gee as a leader, he said that Gordon is an inspiration. He has the personal skills and vision to create a runway to send planes - as a metaphor for big ideas and projects - in the air.

He also mentioned that I like to put a lot of planes in the air, too.

Even though some of those metaphorical planes may only be partially constructed, his job is to make sure they’re in the best possible to shape to fly and land – even if it means bolting a few seats in place while in the air. 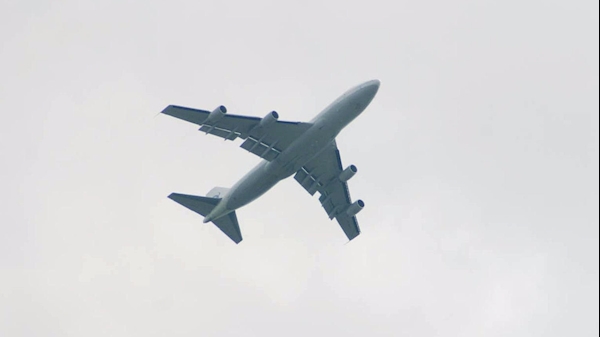 As a lawyer, Rob said his natural tendency is to check, recheck, make the planes are perfect and then allow them to take off.

The culture we are creating WVU focuses on strategic urgency.  We now create planes that can fly, fix them as we fly them, and don’t despair if some don’t land smoothly.

Mistakes are okay, and we learn from them.

We are so lucky that Rob is our mechanic, air traffic controller and navigator for our fleet of planes so we can land them and change the future of this state.