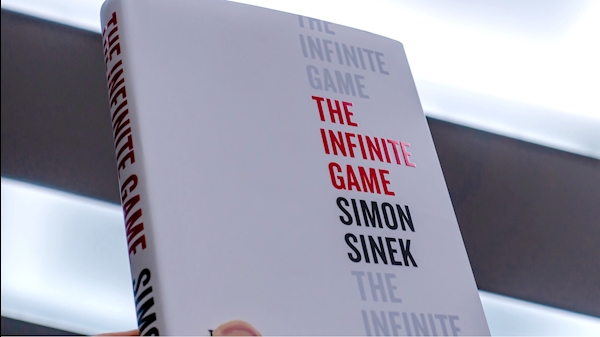 I have read quite a few great books over the past few weeks.

One is Simon Sinek’s new book, "The Infinite Game," which is inspired by another book by James Carse, called "Finite and Infinite Games."

In both books, games are used as metaphors for our activities and beliefs throughout our lives.

Players in these games generally do not like change, since they have extensively trained to excel with the rules of the game. To gain immortality and to be remembered, game players must win many times. If they lose, their immortality is threatened. Only very few players are remembered in history.

These games are competitive and recognition, fame and reward is an outcome of winning these games. Many compete, few win.

These games are externally focused and anticipated by a loyal fan base. These games are sometimes televised and used by others to attach their brand, as is seen in advertising. External partners want to be associated with winners, but not losers. These games cause anticipation and anxiety for the outcome and lead to standings, rankings, and a hierarchy of talent and success.

In contrast, infinite games are collaborative. The goal of these games is to continue game play forever. These games are less theatrical and more dramatic. They are like adventures or journeys. They are played without time limits or clear agreed-upon rules. Instead of being played within borders, these games play with borders.

Losing only means being unable to continue the game play. Change is a constant part of these games. Players recruit and train other younger players with the hopes of having them play the game even better they the prior generation. These games evolve over time and death is part of these games. Individual players are seldom recognized, but these games are necessary for the sustainence of our lives and societies.

Our house, finite. Our planet, infinite.

Our possessions, finite. Our passions, infinite.

Our job, finite. Our purpose, infinite.

Our money, finite. Our abundance, infinite.

Our fear, finite. Our love, infinite.

Our isolation, finite. Our connections, infinite.

Our ego, finite. Our spirit, infinite.

The real us, infinite.

And like James Carse points out in his book that after all, there is only one game we really play.